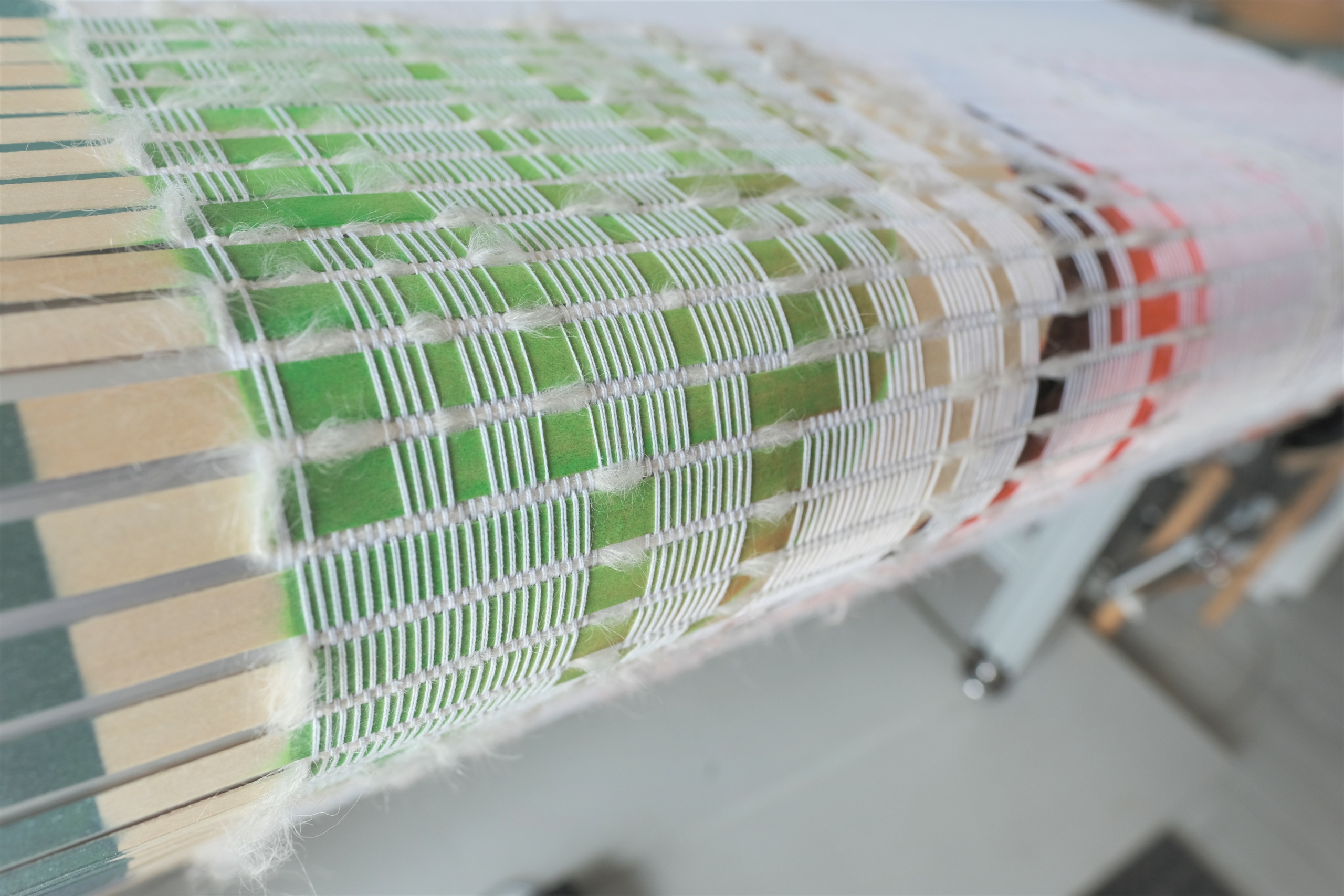 A weaving project in collaboration with Professor Marianne Fairbanks from Madison Wisconsin, USA.

The original weaving files, which were carefully prepared for the stay at The Danish Art Workshops, had to be redone and replaced, as the TC1 loom was not functioning well and hence could not handle too many pixels being transferred digitally at the same time. The larger and more complicated the pattern was, the more fragile the output, and therefore contained more errors and glitches from the digital system. This presented a significant challenge in producing works to be exhibited in Officinet.

In my development of works, I have taken as my inspiration, a tablecloth woven by my grandmother in the early 1900s. I have used the same pattern as her (Daldräll or Overshoot) both as an enlarged pattern in itself, but also as a filling pattern in the small scale details. During my stay at this semi-functioning tc1 loom, I have tried to meet my challenges with a creative openness and make use of my experience in the development of samples and works. A process that has now taken me much further in my use of unusual and thicker materials to weave with. After all, one aspect of creativity is the ability to adapt and indeed grow with new situations presented.

So I have become very excited about using thin wooden sticks in the loom, and I have also spray painted them in various patterns, after which I have woven them into the Daldrall.
When I see the final works cut down, I am after all, a little grateful for the creative process that has pushed me, albeit via great frustration, into new avenues of aesthetic exploration. I have also been greatly encouraged in this process by my creative sparring with Marianne.

For me this has reaffirmed a kind of belief that my creative reflexes can also take me further in my artistic endeavours, and my stay at the Danish Art Workshops certainly has. And I have become motivated to create, and even more curious about the design of my future works.

Sofia Hagström Møller completed her masters at the Danish Design Academy in 2007, and since then she has primarily worked with woven artworks. Both for exhibiting, as well as for bespoke decoration of public spaces and commercial environments, in Denmark as well as internationally. When Sofia isn’t in her workshop, she is teaching the craft of weaving in various schools in Scandinavia.